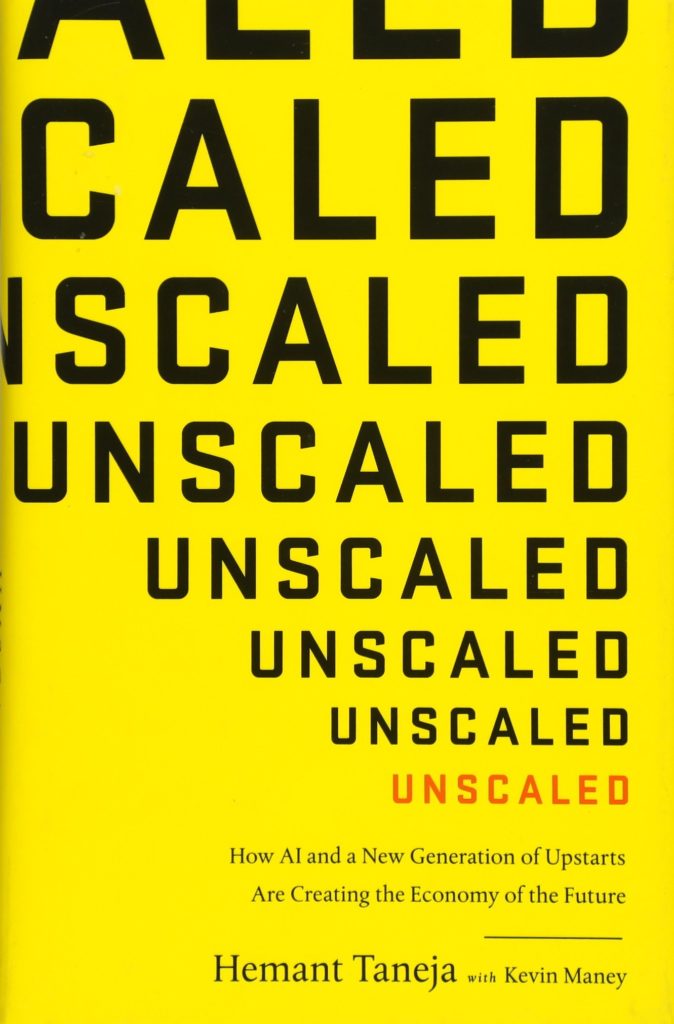 Find it on Amazon

This was a fantastic look at how business and industries are fundamentally changing thanks to technology, AI, and the proliferation of platforms.

A line from the first few pages, “Companies can rent scale. They no longer need to own it.”, is a great way to describe the overall thesis of this book.

Taneja applies this thesis to a wide range of industries, including finance, healthcare, education, energy, media, politics, and more.

Despite discussing technology and economies, I also found the book very accessible, and it would make a great read for someone interested in the topic, but who doesn’t necessarily have a deep understanding of tech or businesses.

Throughout the twentieth century, technology and economics drove a dominant logic: bigger was almost always better. Around the world the goal was to build bigger corporations, bigger hospitals, bigger governments, bigger schools and banks and farms and electric grids and media conglomerates. It was smart to scale up – to take advantage of classic economies of scale.

In the twenty-first century, technology and economics are driving the opposite – an unscaling of business and society.

The old strategy of beating competitors by owning scale has in many cases become a liability and burden.

Companies can rent scale. They no longer need to own it.

But there’s a new post-Moore/Metcalfe dynamic kicking in. The cloud is essentially the meeting point of Moore’s Law and Metcalfe’s Law – where data, computing resources, and connectivity have merged. It is now affordable to put a microprocessor into everyone’s pocket and inside everything – and because almost every person and everything is connected to the internet, we can have a real-time feedback loop with them all. This feedback loop powers unscaling business because it allows AI-driven software to continually learn about customers and the world so companies can deliver exactly what individual consumers want.

Not to be alarmist, but in the early 1900s – the last time technology so completely transformed the economy and life – the shocks were followed by two world wars, a global economic depression, and the rise of a Western-led liberal world order.

So blockchain is another form of automated commerce. The software does what offices full of people and traditional institutions used to do. Entrepreneurs can tap into the technology instead of building these capabilities themselves – another way to rent scale.

[talking about how historically the pharmaceutical industry has had to scale up to mass-produce relatively generic drugs]. Data changes that. It can reveal exactly what substances will work on you so a drug could be concocted just for you instead of for millions of people. Now image a drug industry built that way – where startups use data platforms and contract manufacturing to zero in on people with a particular disease and then custom-make drugs for each person. In an unscaled economy such small companies would be able to run a business like that profitably.

Solving climate change is one of the great opportunities for entrepreneurs of our time. And artificial intelligence and the economies of unscale are giving innovators new ways to create alternatives to burning fossil fuels. In this sense unscaling might actually help save the planet. But there’s a catch: heavy regulation in energy – particularly the electric power industry – means change can be devastatingly slow to come.

The scaled approach built inefficiency into the system. The electric grid and highways were overbuilt to serve the most people at peak times, even if those resources went to waste most of the rest of the time.

The car is perhaps the most tangible example of this wanton inefficiency. We waste a cast amount of energy building and maintaining a car, often two or more cars, for almost every person – yet most cars stay parked and idle about 90 percent of the time.

The power grid is an antiquated one-way system reliant on a lot of aging infrastructure. The grid needs to be rebuilt into a two-way internet-like system that allows energy to flow from any producer to any consumer. It needs to be an open system like the internet so anyone can build applications on top of it – whether those apps are electric cars, smart homes, or new kinds of businesses no one has thought of yet.

The economics of twentieth-century healthcare were built primarily on the concept of treating people after they got sick. After all, doctors and hospitals made more money in the fee-for-service model when people came in for more care. In more recent years the industry has pushed towards a fee-for-results model that incentivizes doctors and hospitals to keep people well. Yet there still has been a lack of data about individuals that could help foresee and prevent health problems, so the system has still had to rely on people realizing they were sick and then going to doctors to get treatment.

Sometimes it’s helpful to come from outside the system you want to change. Jeff Bezos wasn’t in retail before he started Amazon.com. Partick and John Collison weren’t in finance before starting Stripe. And Sam Chaudhary wasn’t an educator before he built ClassDojo and began trying to reshape the classroom.

To a prospective employer a college diploma makes up for a lack of data about what’s inside your head. There is no way for an HR official to tap a few keys on a computer and find out what you know and how smart you are. The diploma, then, is a filter. The college certifies, in a very broad way, that you know enough and are smart or talented enough to graduate from that particular institution. Yet as whole generations increasingly learn by interacting with AI, the AI will provide a better filter than a diploma. The AI will know precisely what you know and how smart you are, and any job applicant could give some version of that information to a prospective employer.

And now even big corporations are using Stripe – a sign that older scaled businesses will adopt newer unscaled solutions.

Big banks offer an array of services to big companies, but small businesses can have trouble getting their attention, much less a loan. Unscaling means that entrepreneurs can profitably focus on niche markets, so there’s no question we’ll see a flood of new companies offering interesting, focused commercial services for small business.

The media industry has unscaled more than most – making it an industry that others can learn from. E.g. Netflix, Spotify.

Snapchat got its start by letting users send photos that quickly disappear. It then built its businesses model on the idea that it is unnatural to generate data about everything we do. For thousands of years before the internet, a conversation disappeared the second it was over, no device logged everywhere you went, and when you finished the newspaper, the newspaper didn’t know which stories you read.

The power of the unscale dynamic can be seen as Warby Parker developed its business model by renting scale instead of building and owning it and, in a flash, competed against Luxottica for a slice of the entrenched company’s global market. The company can rent computing power on cloud services like AWS and Microsoft Azure, rent manufacturing from contract factories in Asia, rent access to consumers via the internet and social media, rent distribution from delivery companies like UPS and the US Postal Service.

Technology is neither good no evil – it’s what we do with it that dictates how it will impact society and the planet.

Here are a few ways corporations can stay relevant and play important roles in an unscaled economy: become a platform, radically focus on product, grow by dynamically rebundling.

I don’t ask my children what they want to be when they grow up. Right now it’s a futile question. The technologies we’re unleashing and the forces of unscaling are changing the world more profoundly than any time since the early 1900s. Some of the work that is rewarding and lucrative today will be wiped out in twenty years. Entirely new kinds of work that we can barely imagine now will be the hot jobs of 2030. The best strategy anyone can have is to stay curious, ambitious, and adaptable. Plan to learn throughout life, to work in many kinds of jobs and have several different careers. Promise yourself that you’ll pay attention to your passions and your superpowers and follow them.

PrevPrevious10/10 – Saving Capitalism For the Many Not the Few by Robert B. Reich
Next10/10 – The 22 Immutable Laws of Marketing by Al Ries and Jack TroutNext 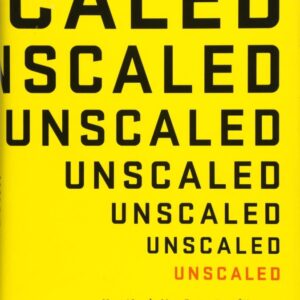 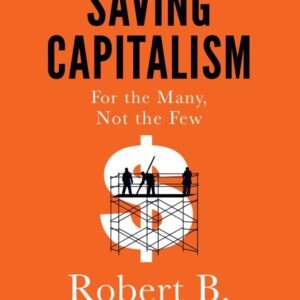